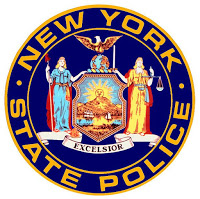 On April 25, 2020 at 3:50pm, Troopers out of SP Warsaw arrested KADY RAIN ZIMINSKI, 20 of Cheektowaga, NY for petit larceny.
On April 25, 2020 Troopers received a 911 call from Walmart located in Warsaw, NY from a Loss prevention associate stating that they had caught a shop lifter. Upon arrival ZIMINSKI was in the custody of the Walmart loss prevention manager, who stated that ZIMINSKI had been caught not paying for items she concealed in her purse. Troopers investigating the complaint determined that ZIMINSKI had stolen merchandise valued at $79.71. ZIMINSKI was arrested and transported to SP Warsaw for processing.
ZIMINSKI was released with an appearance ticket returnable in the town of Warsaw on May 18, 2020 —

Pair from Hindale charged with shoplifting