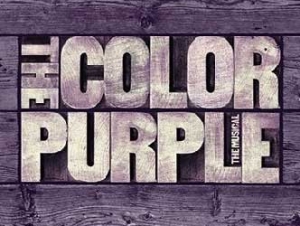 Buffalo State’s Casting Hall Productions is the first theater company in the region to take on a revival of the show that was originally made into a Tony Award-winning musical in 2006. Based upon Alice Walker’s novel, The Color Purple tells the story of a poor African American woman in the rural South who finds love and the importance of her own voice.

The 2015 revival is a pared down version of the original. Instead of the characters wearing many costumes, they just wear one during the entire show, for instance, noted Jennifer Toohey, assistant professor of theater, who is directing the show.

“The starker version made the story come out as the most important part,” she said. “It ended up being more popular on Broadway than the original.”

Toohey noted that no other college in the region could pull off this musical because they don’t have the African American population that Buffalo State does.

“We have several African American actresses who are very strong,” she said. “I wanted to highlight them, and this beloved show is the perfect vehicle.”

The cast of 20 students also performed a version of The Color Purple for the Paul Robeson Theatre in Buffalo October 21 and 22. They are inviting a group of students from nearby Buffalo high schools to campus for a performance November 9.

“It’s not an easy musical to perform,” Toohey said. “The music is challenging; the subject matter is challenging, but the students have really been rising to the occasion.”

Advance tickets for all Buffalo State Theater Department productions can be purchased online or by phone (716) 878-3005.