BUFFALO — The Buffalo Sabres today announced the team has recalled defenseman Matt Tennyson from the Rochester Americans (AHL).
Tennyson (6’2″, 205 lbs., 4/23/1990) returns to the Sabres after beginning the season with the team but has yet to appear in any NHL games this season. The Minneapolis, Minnesota native has recorded one assist in seven games with the Americans this season.
Tennyson appeared in 15 games with the Sabres in his first season with the team in 2017-18. In his career, he has totaled 20 points (3+17) in 120 NHL games with Buffalo, the Carolina Hurricanes and the San Jose Sharks.
In a corresponding move, the Sabres have placed defenseman Marco Scandella on injured reserve. 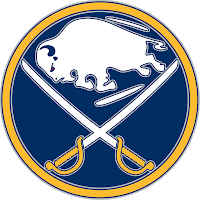