Bisons team up with local breweries for ‘Buffalo Brewer’s Series No. 2’ 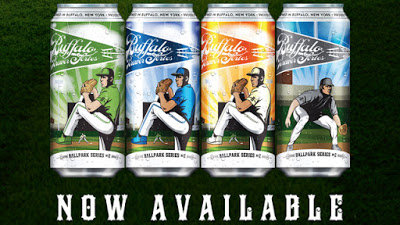 The four-pack of 16 ounce beers, available at Consumer’s, includes the new “Buffalo Brewer’s Series No. 2” collectible limited edition four-pack with specially designed commemorative baseball cans of beer from each of the three breweries — and a “one-time only collaboration beer” as the fourth can.

Four-packs are available at all 17 Consumer’s Beverages locations. Individual cans can also be purchased during select Buffalo Bisons’ games at Coca-Cola Field.