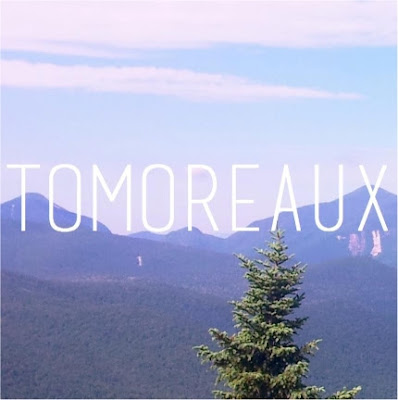 Tomoreaux, formerly known as Yesterday v. Tomorrow, is a band that you may find familiar when you reminisce about all of the local bands you’ve seen/heard of throughout the past few years. Tomoreaux is a band that has had a steady rise in popularity and talent since their founding almost 3 years ago. On Thursday they’ll be playing at Canalside as they join the ranks of several iconic bands that have taken part in the free concert series that has been a hot commodity over the past few summers. But who is Tomoreaux?

Jesse Kauffman is the lead singer and face of Tomoreaux. Since founding the band and being in the middle of a series of lineup changes, he’s seen the marry-go-round of members come and go. However, he’s stuck through it and kept the band going along with a cast of musicians that has sculpted the lineup for Tomoreaux since this past December.
Preston Cofta, the drummer for Tomoreaux, has had a unique role with the band which included taking time off to go away to school then coming back into the lineup as soon as the band needed a new drummer.
“[Cofta] started to get kind of antsy when nothing was really going for us early on,” says Kauffman. When Cofta came back into the lineup after he returned from school, the band was complete and ready to resume their pursuit to be one of the best local bands on the Buffalo Music Scene.
“Preston wants to do music for the rest of his life,” Kauffman says. “The timing [with the lineup] worked out perfectly. Everything came full circle all at once.”
Kauffman also went on to say that the new sound of the band has become less eclectic and that they’ve taken a more mature approach to songwriting and focusing on a more consistent sound. This is probably due to the consistency of band members in recent months.
“We played around with indie-rock, indie-pop stuff. It was really all over the place,” says Kauffman. “The new stuff is more focus in terms of sound and has a more concentrated-less eclectic sound.”
Kauffman also said that Tomoreaux have written songs in the past using anything from metal chairs to baseball bats, but this new sound is taking a more traditional approach.
Being on the local music scene, Kauffman was asked if he had any advice for any other up and coming bands who are looking to take their music to the next level.
“The most important thing is to make the music you want to listen to.” This piece of advice is given from someone who not only wants to be successful playing music, but who has also not forgotten to have fun.
“I don’t know what’s going to happen from all of this,” says Kauffman. “But I’ll be making music long after no one else wants to listen to what I play.”

You can catch Tomoreaux opening up for July Talk and Spoon this Thursday, June 25, 2015 at Canalside.

TECHNICAL MUSIC REVIEW: Faceless Burial is our November 2022 Artist Of The Month!