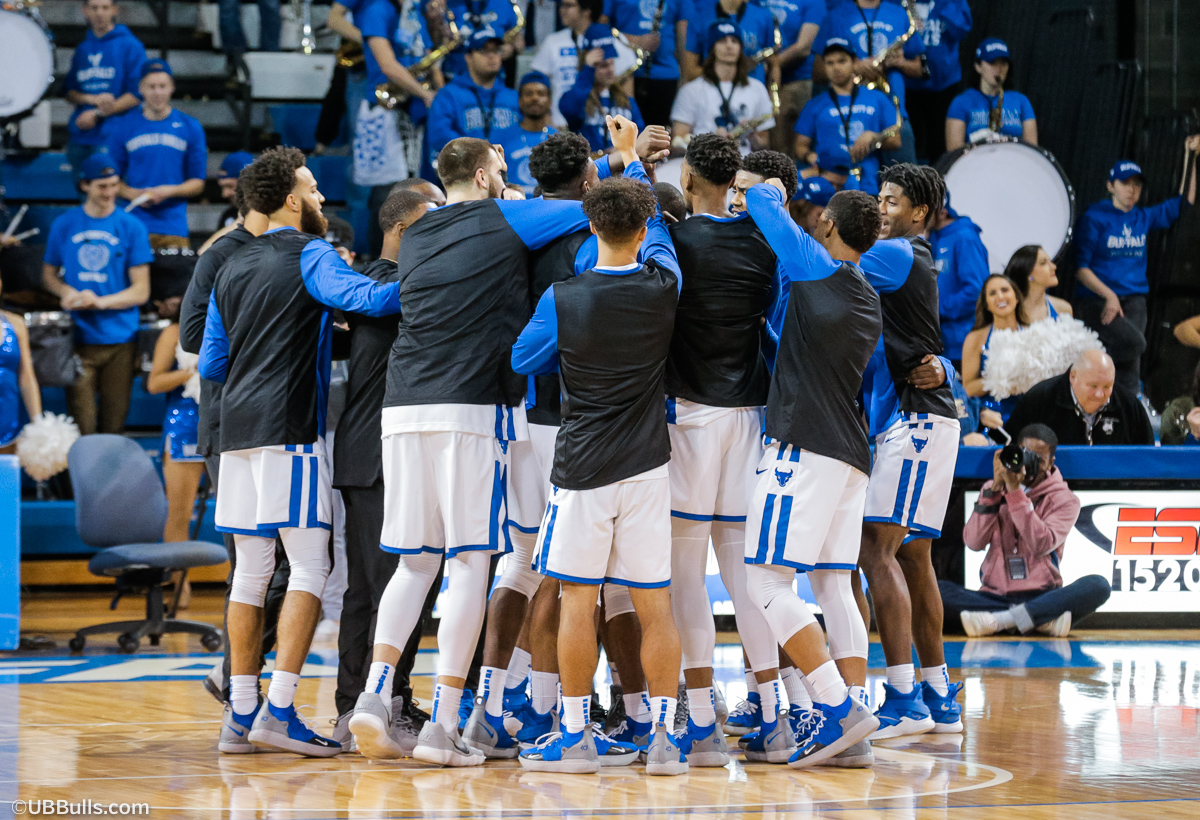 • The University at Buffalo men’s basketball team will officially open their 102nd year of men’s basketball on Tuesday when they host St. Francis. The Bulls are 55-46 all-time in season openers and they are 23-12 in home openers since moving into Alumni Arena.  Buffalo opened the year with a 97-50 win in their lone exhibition game against Daemen on Oct. 26.
• For the first time in school history, the Bulls received votes in the preseason AP Poll as UB received 14 votes, good for a tie for 37th in the nation. Buffalo is one of just 10 schools nationally receiving AP votes in men’s and women’s basketball and football.
• Buffalo was the unanimous pick to win the MAC East in the conference preseason poll, receiving all 35 votes from the league’s coaches and media members.  Only two other conferences had unanimous preseason selections: MAAC (Rider) and Sun Belt (Georgia State). In both cases, those were voted on only by the respective league’s head coaches.
• The Bulls became the first team in Mid-American Conference history to have three players honored in the preseason as CJ Massinburg, Nick Perkins, and Jeremy Harris were all named to the preseason All-MAC East Division team.  Those three players were also named preseason All-Big 4 First Team selections, with Massinburg being named the preseason Big 4 Player of the Year.

Today’s forecast: Partly sunny with a high near 65