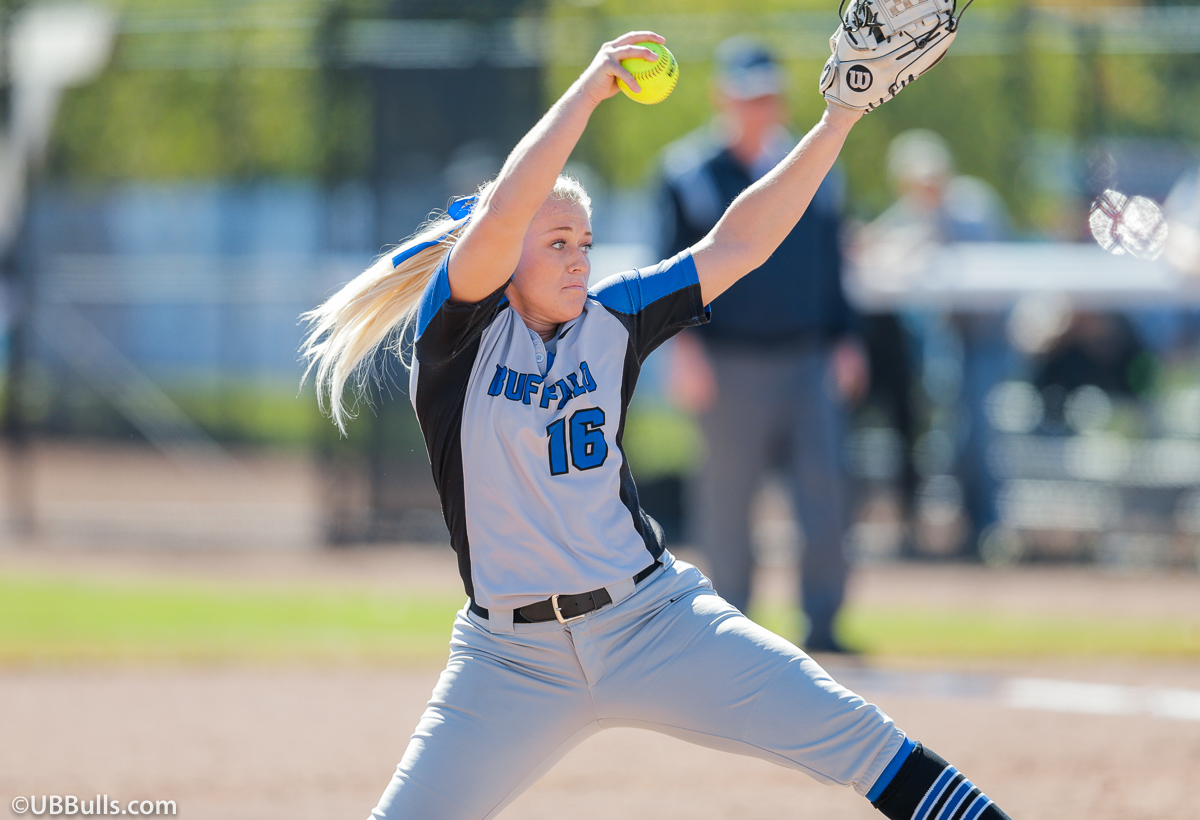 FULLERTON, Calif. – The University at Buffalo softball team (0-5) fell to Loyola Marymount 2-1 in the final game of the Titan Classic on Sunday afternoon.
“Today we competed,” interim head coach Mike Ruechel said. “We let three games slip away from us this weekend. Our pitchers worked hard all weekend long. I’m very proud of the progress we made from game one to game five.”
Both offenses would struggle early as the game remained scoreless over the first three innings. Buffalo got runners on the basepaths early but could not capitalize as the Bulls stranded five runners over the first three innings.
UB would get on the board in the fourth as Anna Aguon scored on a catchers interference call with the bases loaded to give the Bulls a 1-0 lead.
After five scorless innings the Lions would get to Ally Power in the sixth, tying the game on an RBI double and then would take a 2-1 lead on an RBI single. Lace Smith would enter in relief and come up with a big strikeout to get out of the jam and limit the damage.
The Bulls would put a runner in scoring position in the bottom of the sixth and had another base runner in the final innning but could not bring them home.
Four Buffalo players recorded a hit but the Bulls stranded a total of ten base runners on the afternoon. In the circle, Power allowed two runs on fifve hits in five and a third innings of work while Smith pitched one and two thirds innings of scoreless relief.
The Bulls will return to the diamond next weekend as they head to Athens, Georgia to participate in the 12th Annual Red & Black Showcase, beginning with a game against Nebraska-Omaha on Friday, February 15 at 10:30 a.m.